It’s not as weird as you think.

Long ago we didn’t waste as much and used nearly every part of an animal. Even the ears. And it’s not as strange as you think unless you spent your entire life in an American suburb. Pig ears have been around for ages. From Europe to Asia they have been either snack food or even an entree – and still are in many parts of the world. They are often fried, boiled, braised and or roasted.

I had this for the first time on Noriega street in San Francisco around 2002. It was the perfect entry into Taiwanese cooking which I prefer over traditional Cantonese any day.

After a long trek through Golden Gate park I somehow ended up on Clement street looking for something exciting to eat. I smacked right into A Taste of Formosa. All the patrons were Asian. How perfect. I saddled up next to the window with a ramekin of roasted peanuts that I spent twenty minutes trying to eat with my chopsticks. A side of marinated pig’s ear soon followed along with a cold beer. Amen.

Years later I ended up traveling all around Taiwan, China and S.E. Asia but still to this day those were the best marinated pig ears I ever had. Ah, first experiences.

When procuring your ears, please find a reputable butcher that still carves the animal down. For these parts I try and stay far away from the China Towns of America. I’ve seen some odd things go down in the early mornings and I want know exactly how my pork is handled and where it comes from. China Town is not the best bet.

About 4-5 pig’s ears will serve as a perfect appetizer for about 6-8 people depending on their hankering for a tasty pig ear.

Still here? Then I’m guessing you really want to make this delicious appetizer. 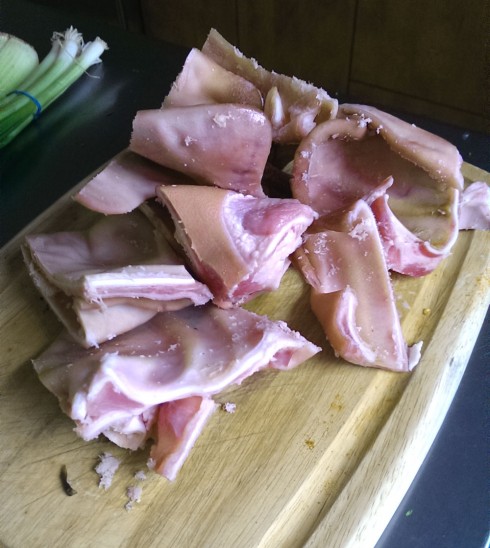 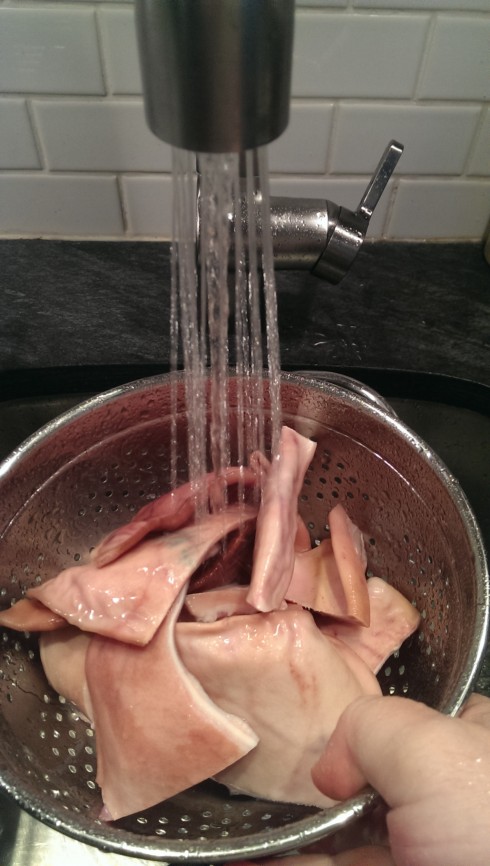 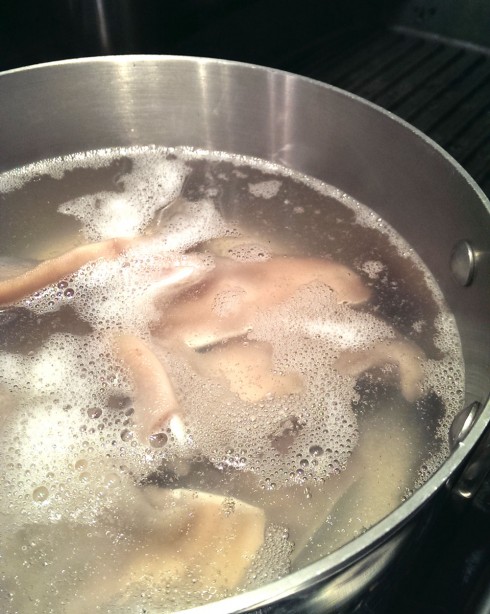 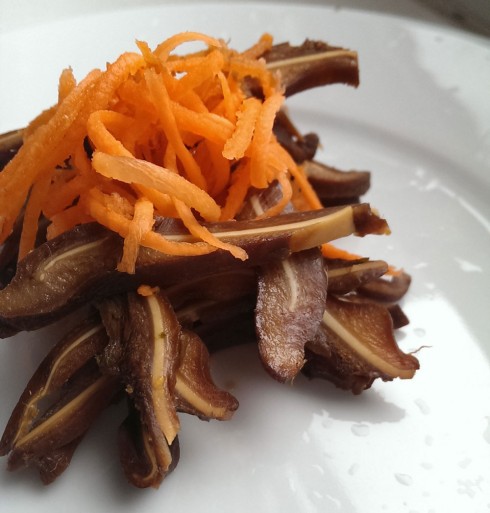