Oh yes. Just when you thought pork belly doesn’t get any better it does. This recipe will yield a little Chicharrón hat that will delight those hard to please carnivorous foodies.

Sadly, it took me years and years to get jiggy with pork belly. I grew up in the South and I have seen my fair share of pork belly in some fashion or another. It just never appealed to me as a dish due to the thick fat content. Then I moved to San Francisco. After taking some hints from the local eateries on Noriega, I quickly learned how to render that fat to my advantage which instilled a whole new fascination with pork belly (五花肉 wǔhuāròu).

This is not the healthiest of dishes, mind you, but I cut it into appetizer size bites. Also broiling or roasting it will render a lot of the fat out. The skin starts to bubble, crisp and spit. Each spit makes that fire angry and that’s a good thing. The pork skin goes from a pale pink to a delicious brown. That glorious “porc jus” continues to irrigate slowly down into the pork and out the bottom. It’s a symphony of reactions. Can you see it? Can you taste it?

That’s it! Another super easy recipe. Take all the ingredients except for the pork and Devo that mixture; whip it, whip it good. Now add it to a small marinating dish. Then add the pork with the skin facing up and not touching any of the marinade. The marinade should cover most of the pork belly meat. If not, use a smaller dish or make more of the marinade.

Leave it alone for six to eight hours. During the last hour, dust some finely ground sea salt on top of the skin side. Leave that for an hour. 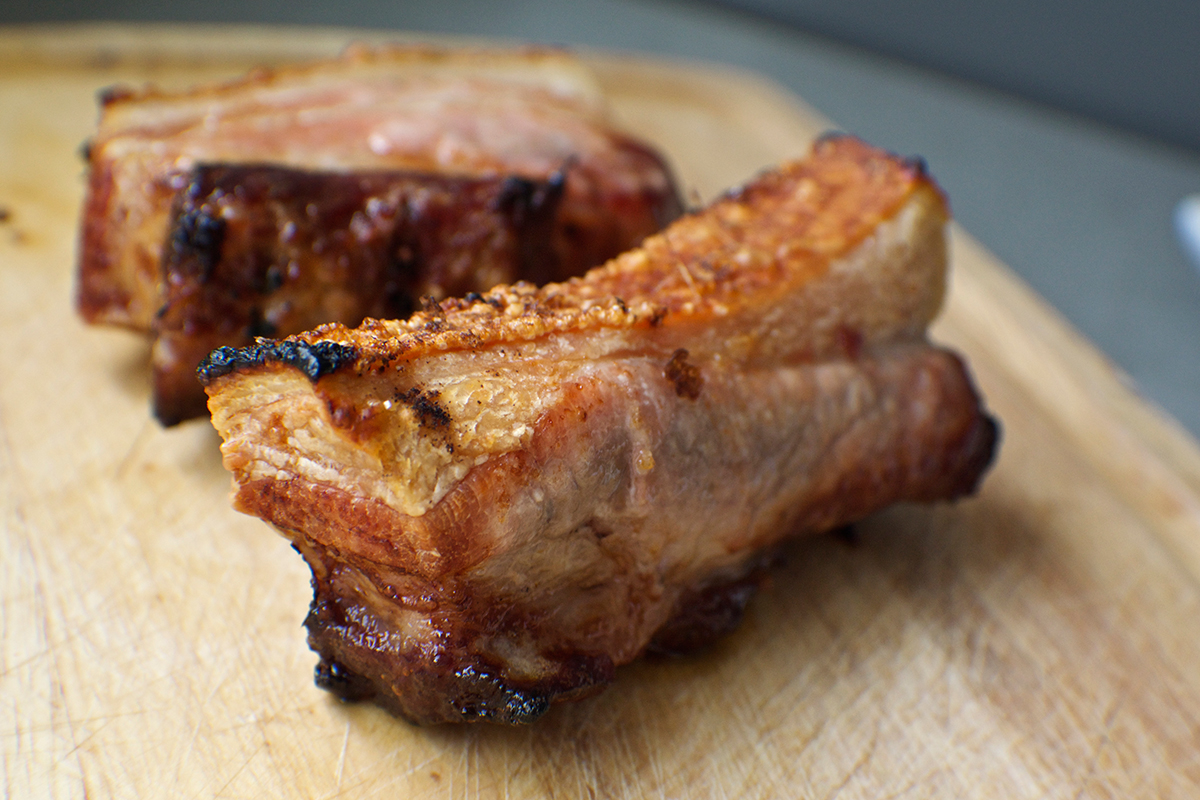 Crank the oven on 400º F. Put a pan down at the bottom with a little water in it. This will catch the drippings. Slide a rack in the middle. Set the pork belly on the wire grate and cook for 20 minutes. Turn the baking heat off and turn on the broiler. Sizzle that skin until it’s brown and bubbly. Pull and cool a bit.

Plate it with some watercress salad, watercress puree or just some hot Chinese mustard.