Also known as Asian five-spice or just 5-spice since other countries use it as well…but please…please don’t buy it from the store. Sure, there are a lot of decent Chinese Five Spice manufacturers nowadays but there is nothing like a freshly ground heap of these wonderful spices.

Growing up I used to always wonder what that sad, aging little bottle was that sat in the back of my Mom’s spice cabinet. It said five spice but for me it only had one spice; shitty spice. At that young age I didn’t have a grip on those parts of my tongue or knew what other spices other than salt and black pepper there were. That combined with it being mass processed by one of the largest spice makers at the time (i.e. McCormick) didn’t really add to the excitement.

I followed a recipe one day when I was ten or eleven (I think) and sprinkled stir-fry with some of that gloriously old, dated five-spice shittiness.

It tasted odd and plus I had no idea what I was doing. That experience drove me away from that combination for many years. It wasn’t until I made my first Chinese oxtail (~2001) that I understood what a proper Chinese five-spice was or what it could be rather.

How to Make Chinese Five Spice

This spice is a workhorse. It’s a staple ingredient in many of my Taiwanese, Chinese, Vietnamese and Thai recipes. IT’s also used quite a bit in cupcakes, cakes and cookies. 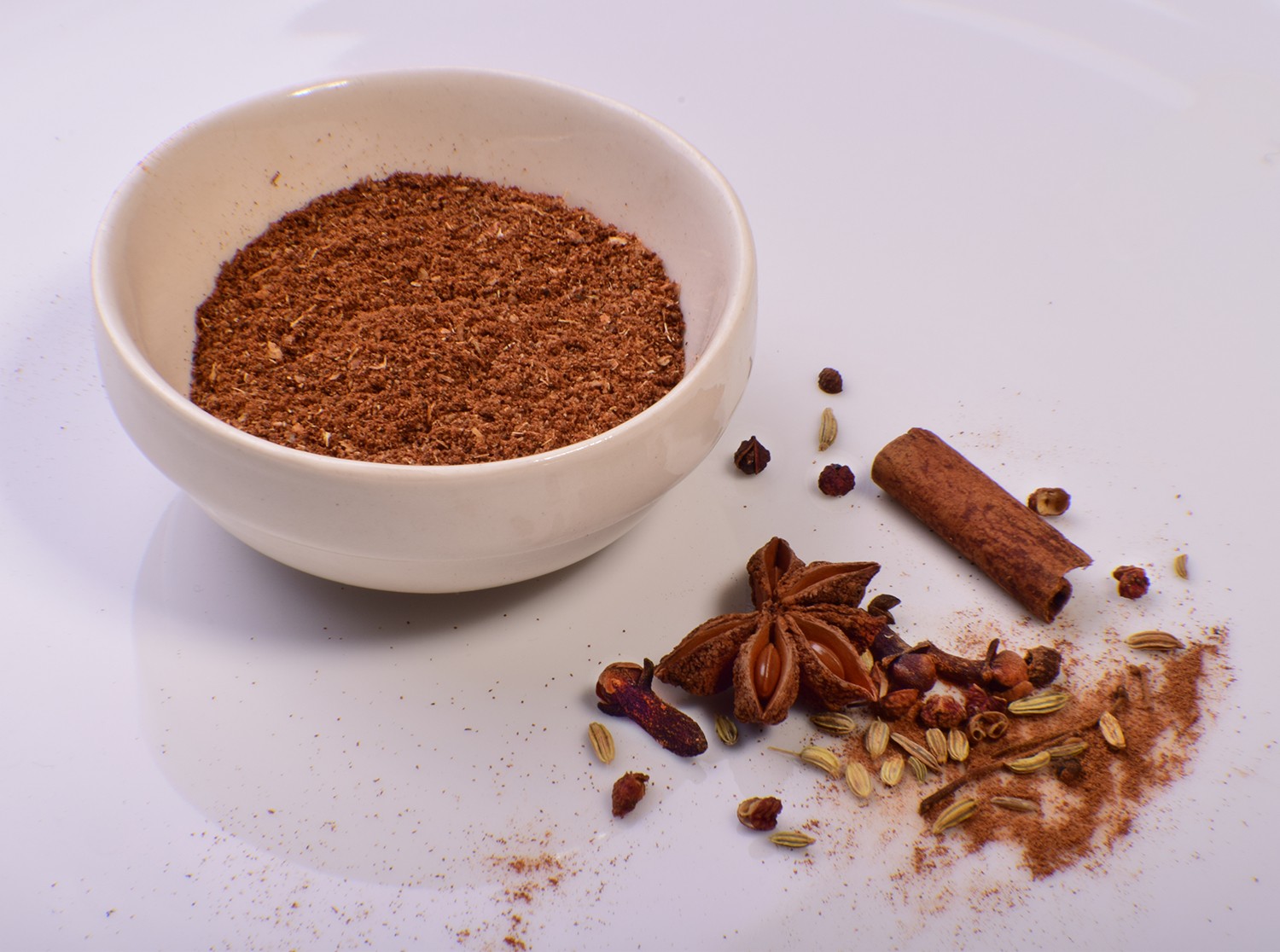 Two that things never change with a Chinese 5 spice:

I simply measure out equal portions of fennel, Sichuan peppercorn, cinnamon, star anise, and cloves. Please do this by weight. It will give you an accurate volume of flavor. You will also be a lot more consistent in your recipes. Eyeballing or guesstimating works in a pinch but if you want to duplicate a particular flavor, weight is key.

If the recipe calls for toasting them then throw them into a pan for a thirty seconds on high. Always stirring or moving the spices. Let the aroma envelop the house and then pat yourself on the back for making it right. Ok, stop patting and take it off the heat. You’re done…ok back to patting yourself again. 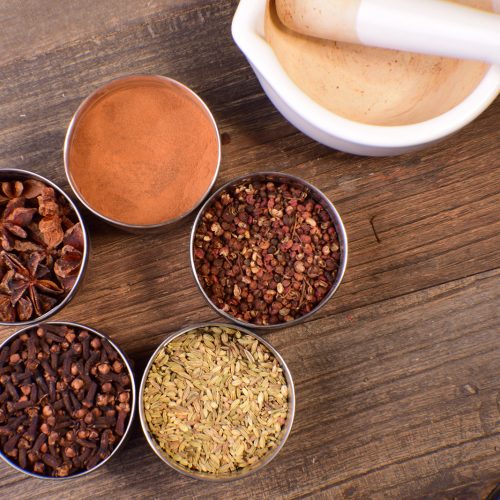