Who Loves a Good Pho Ga?

Phở king everyone. Why? Because a proper Phở Gà has all these these umami flavors that make people happy. It’s approachable yet exotic. It’s healthy yet full of flavor. It’s complex yet easy to make. It’s chicken noodle soup folks and we can all get down with that.

With all dishes there are various restaurants and cooks who put their own spin on things but there are some things that should always be in a great Pho which I was sorely missing back in my “wonder years”. I would follow these supposedly “authentic” Pho Ga recipes only to learn later that they were not authentic. I would compare my hard work with well known Vietnamese restaurants in San Francisco. Not the same, just not the same. I even sought out non-MSG bowls of Pho. Again, they were simply more delicious. They had a deeper, more aromatic note to them. During the pre-Yelp, pre-foodporn and pre-foodiedom it was hard to find a source I could count on.

And so it begins…

One year back in 2002 I toured through Southern Vietnam to travel but also to find answers to all my missing ingredients first-hand. Pho was first on my list. I’ve known the basics for a very long time and have always been able to make a great stock but there was always something missing in the my Pho. Something deep, darker and sweeter. 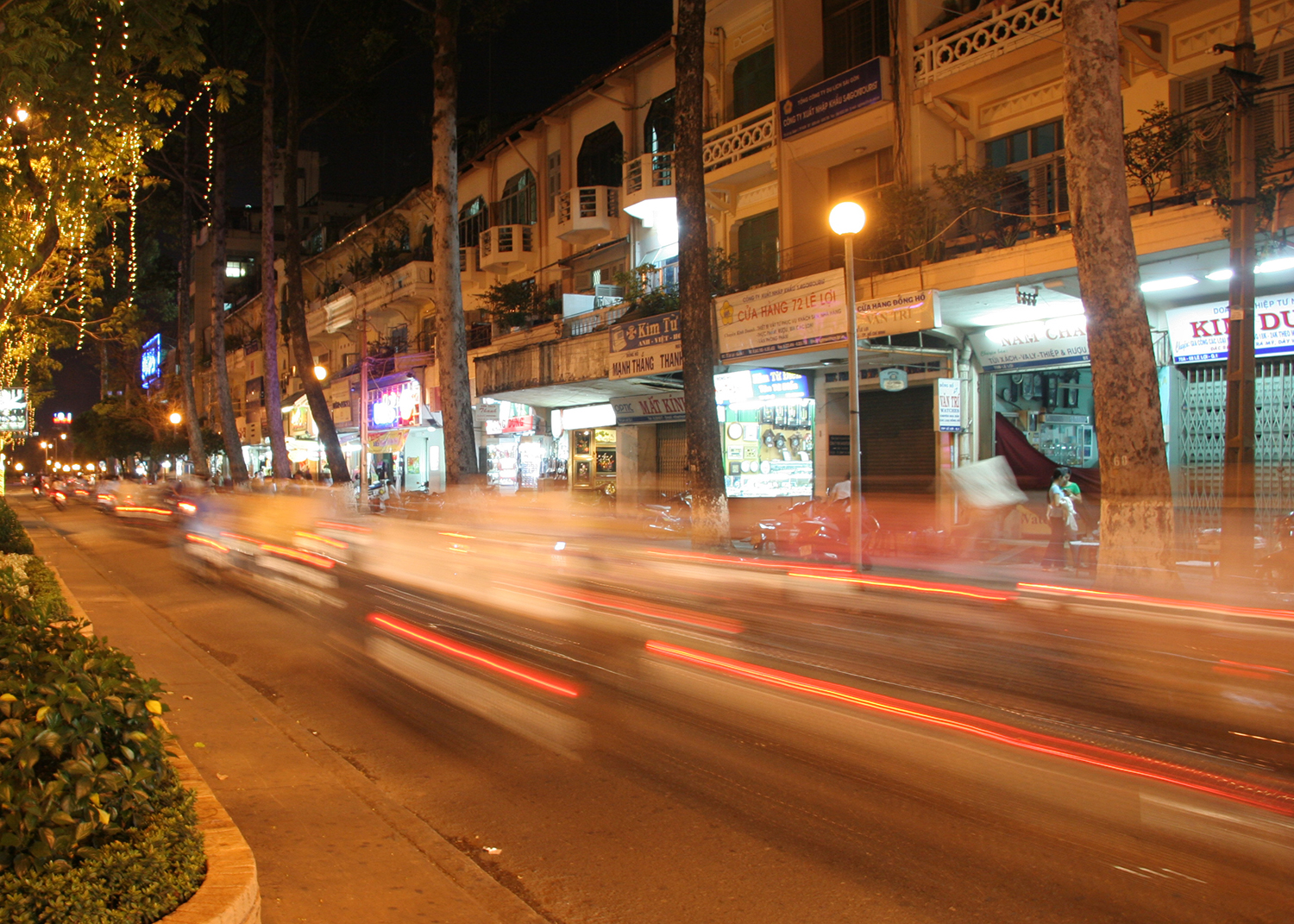 I tried to pick it up some clues in Saigon but I could never see the cooks or the ingredient where I ate. That and dodging the hoards of scooters every day became tiring especially in 90ºF weather. I decided to pack up and head for the small towns and islands. First stop, Phu Quoc island.

On one stifling humid day riding my scooter around the Duong Dong (I know, ya gotta love Vietnamese names) on Phu Quoc island I saw a little Pho stall with an open kitchen. Count me in! There were rows of ginger slowly roasting on a little Yakitori-like grill. I quietly muttered, “Phở king A, the missing link”. Now, that was not everything I was missing, mind you, but it was the first step in a series of new steps on how I learned how to master Pho.

A Note About PHỞ GÀ Ingredients

Noodles. Pick your rice noodles carefully. The cheap stuff falls apart. Up to you on the thickness but I like mine thinner. Aim for the “Bun Thap Chua” brand – with the little red pagoda on the package. If you are near a Chinatown here in the USA, then you have your pick of brands.

Toppings and Flavorings. How do I love thee? Let me document the ways.

Let’s make sure you are making the stock right. This is where you make it or break it since you are essentially slurping the phock out of this soup. Chicken stock is something I feel I have mastered.

Take the chicken carcasses with all the meat removed – except for the wings since it would be incredibly hard to do this – and either clean the chicken carcasses and wings in boiling water for 5 minutes or roast them for 10 minutes under a broiler. One is faster and the other has a deeper flavor. Once 5 minutes are done dump the cloudy water, if you are going that route, and fill a stock pot with 4 quarts of clean water. Bring that water to a boil. Hack apart the carcass into chunks and put it in the boiling water. I like as much raw bone exposed to the water as possible. Why? Marrow my friends. Marrow.

Now bring it to a simmer. It’s not a rolling boil or even a boil. It’s a steaming-once-in-a-while-bubble-here-bubble-there-sort-of-boil. Skim as the impurities come to the surface. Do this often. You will skim for the first thirty minutes. At that point there should not be many more things floating to the surface.

As that simmers broil or grill the ginger and onion with the cloves stuck in it for 15 minutes. This will sweeten the spicy ginger up, mellow the onion and help give the cloves a toasty flavor. Once done, strip the ginger skin away.

Put the star anise, toasted cloves, coriander (seeds and stems), sliced roasted ginger, roasted burnt onion, sugar and fish sauce into the simmering pot. You should not see a whole lot of foam or impurities anymore. If you do, wait for the last skim and then add.

Remember that meat you cut away from the chicken? Well, now’s the time to take 2 chicken breasts and poach them in the pot for 8 minutes. Remove and let cool. We will shred this a bit later when it’s easier to handle. You can cover the pot a bit now and leave the Pho broth simmer another 2 hours.

You did it. Phở king great.